Creating a regenerative city: the possibilities of urban permaculture

​​The permaculture movement began as a re-imagining of agricultural, rural landscapes but it has exciting emancipatory potential in co-creating cities that are filled with multispecies abundance. Urban permaculture allows us to create ecologically regenerative spaces both individually and collectively.

People have lived in cities — large, permanent settlements — for thousands of years. Since the turn of 20th century, the rate of urbanization has increased steadily throughout the world, with an especially intense growth after the 1950s. Currently, the majority of the world’s people live in cities, a trend that is expected to continue into the future which makes the potential impact of urban permaculture huge and far-reaching. There are multiple problems with cities but at their heart they are dynamic, vibrant, and diverse. Cities have the potential to be destructive and to increase people’s sense of alienation from each other and non-human nature. But they also have the potential to be lively and vibrant places filled with collective innovation and creativity. Creating ecologically regenerative and socially just cities is one of the most important tasks of permaculture.

​Although urban permaculture can be limited to private, backyard spaces, many practitioners either have no access to private property or, want to extend beyond the limits of their property to collectively envision and create vibrant and revitalized collective spaces.

​Benefits of Permaculture in cities

The flourishing of urban nature
​While cites are sometimes dismissed as concrete jungles they are in fact filled with an abundance of non-human nature. In fact, some animals and plants thrive in cities. Recent studies by entomologists, for example, have found that some species of native bees prefer cities to the countryside due to the presence of less pesticides and more floral and habitat diversity. When we consider that many rural areas are filled with oceans of monocultures with islands of intense animal agriculture, it makes sense that many animals and plants flourish in cities.

Urban permaculture is especially important in co-creating spaces in which non-human urban natures thrive alongside people. The regenerative urban ecosystems we create will be filled with an amazing variety of insects, mammals, birds, and a wide diversity of volunteer plants.

This relationship is not one-sided — we can also benefit from the diversity of non-human nature in cities. For example volunteer plants — commonly known as weeds — can be important sources of food and medicine.

Access to Resources
Cities are wonderful places to practice permaculture because they contain a wide variety of resources, sometimes in the form of other people’s garbage. In many ways cities epitomize the permaculture principle that the problem is the solution. The things that people consider garbage — or sell cheaply at garage sales and thrift stores — may prove to be very useful in permaculture projects. For example, all kinds of containers useful for gardening can be found on the curb on garbage day.

Cities also contain other resources that are under-utilized. For example, cardboard boxes can be used for sheet mulching, newspapers can be used for vermicompost bedding, and leaves make perfect mulch.

Lastly, cities contain anywhere from thousands to millions of people. Many people have both resources and skills to share. This has led to the development of a true sharing economy with the creation of little free libraries, tool libraries, seed libraries and co-operatives of all kinds. Although still on the edges of mainstream society, people have experimented with the sharing of skills in a variety of ways including community resource mapping and bartering networks.

Communities of difference
One of the most important benefits of creating permaculture projects in cities is that urban neighbourhoods can more easily develop into vibrant communities based on difference.
This reaffirms one of the most important principles of permaculture — that diversity creates resilience. Perhaps the most exciting thing about permaculture in cities is that it allows us to collectively imagine a different kind of world, one that is ecologically regenerative and socially just. Join the permaculture movement and actively create a regenerative future shared by all.


**
Thanks for reading!
I'm a permaculture educator and anti-racist, feminist activist in London, ON, Canada. I am currently a PhD candidate in Geography at Western University, where I study the relationship between people and bees in cities. My M.A. in Anthropology, also at Western University, focused on gentrification and belonging in a community garden in Toronto. I live in a suburban permaculture sanctuary with my family, two dogs, three cats, two bunnies, and thousands of gorgeous, busy bees. I maintain the blog Permaculture for the People.

Join our international community of avant-gardeners and permaculture passionistas! 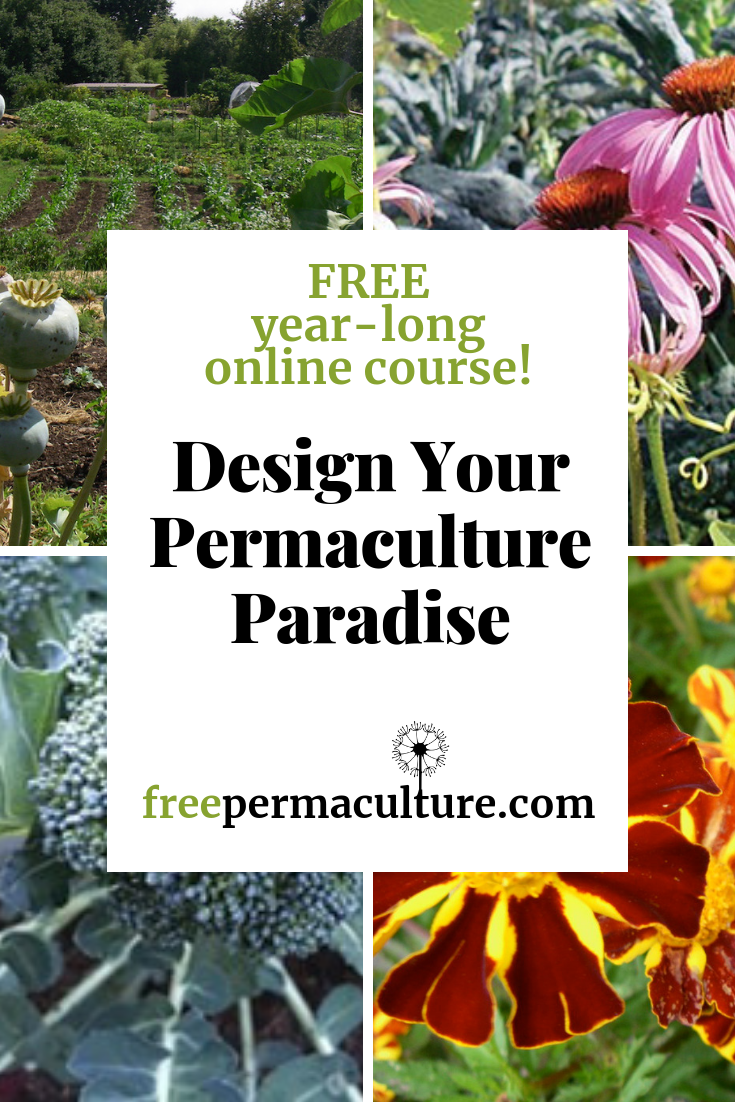